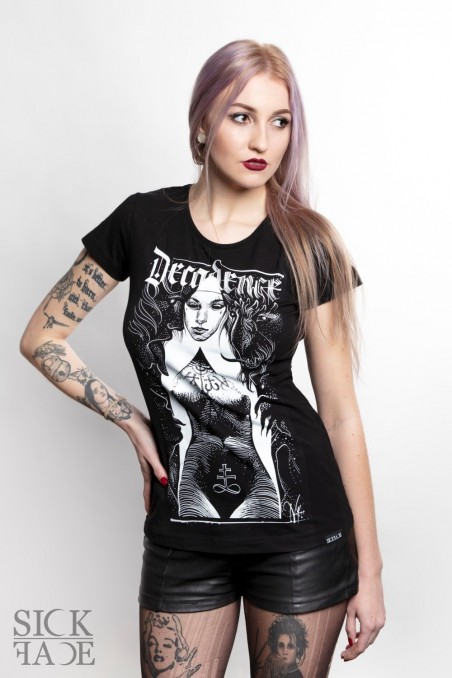 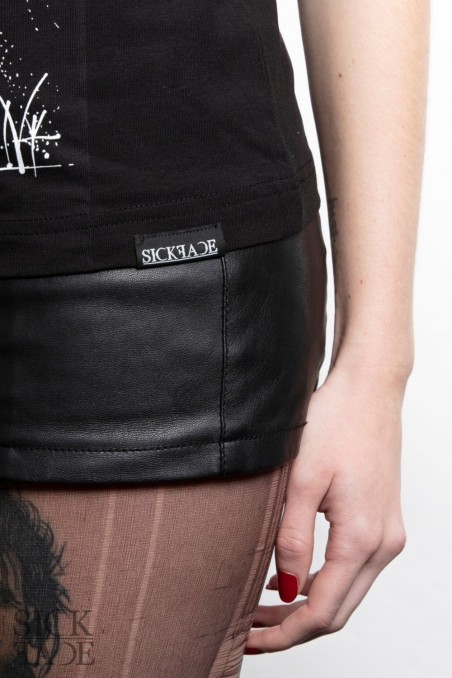 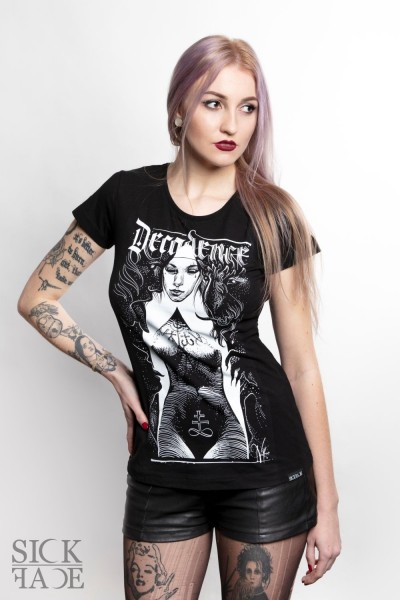 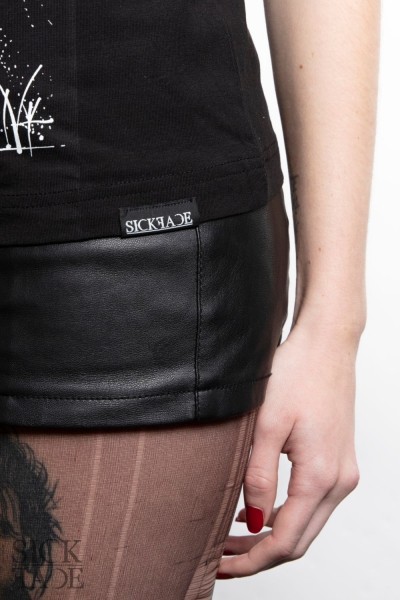 Black fitted cotton round-neck ladies t-shirt with the “Decadence” design. On the chest is depicted fallen nun surrounded by lascivious demons. Above them, there is large text “Decadence”, which accurately describes the situation below. Illustration is in black and white. Image is printed by a screen-printing technique.

Religious imagery can is still pretty controversial, especially in eyes of the older generation. SickFace brand however doesn’t shy away from such topics!

Along with the Heretic T-shirt, which debuted in the same collection, our design “Decadence” belongs with charming regalia that shines the best when worn around Christian sanctuaries. Brave ones can even try to tread onto the holy ground in our T-shirt. Will you fall under the spell of the beautiful nun as well?

“Decadence” design was initially used only on Men's T-shirts. We, however, did a popularity contest on our SickFace social media – with a goal that the most popular unisex design would get made into a fitted style as well. The beautiful nun won with an unequivocal majority of votes – even without aid of the demonic forces! Read more in the SickFace interview with tattoo artist Nayana Tattoo HERE.

Spicy design “Decadence” was the debut illustration by Prague tattoo artist Nayana in our brand, and success of the naughty nun decided that this is certainly not a one-time collaboration. 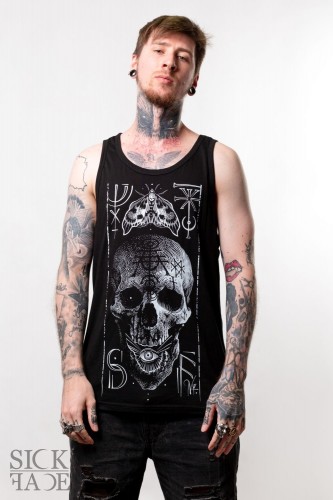 DeadHeadTilko
Kč649
Black unisex cotton round-neck sleeveless top with the “Deadhead“ design. On the front is skull with a burning eye in its jaws, above the skull is a death’s head moth. Occult symbols are around the weird pair. Design is printed by a screen printing technique. We offer unisex “Tormented Soul” top in sizes M-2XL.
M L XL XXL 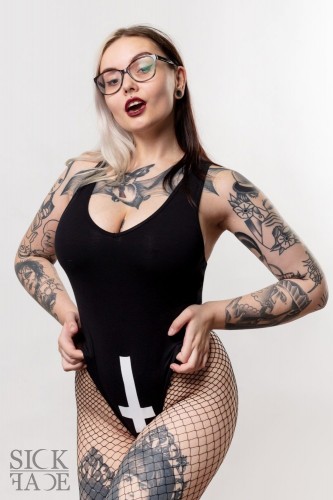 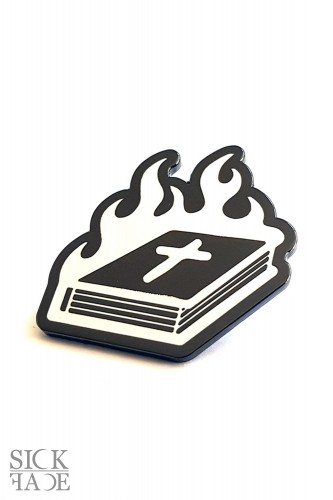