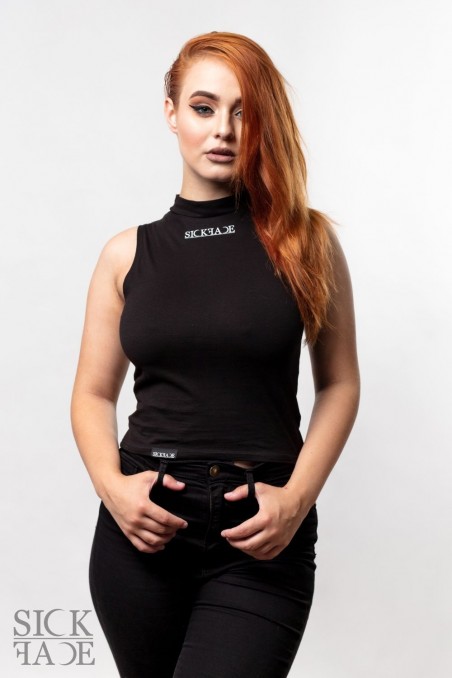 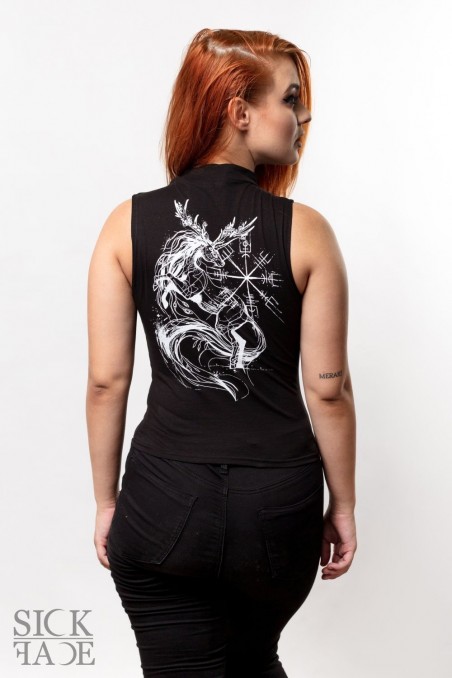 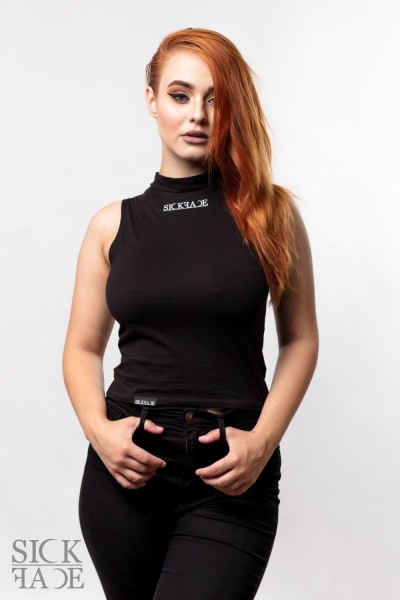 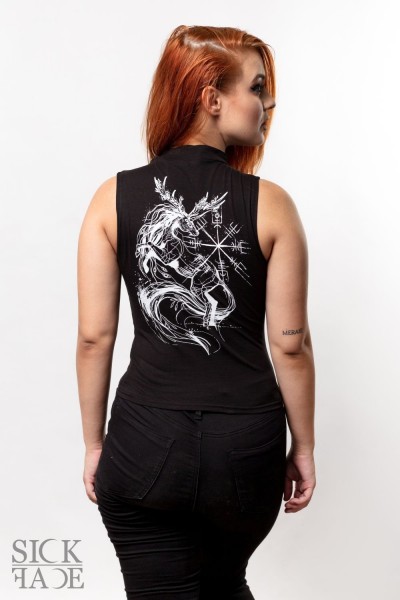 Black cotton sleeveless crop top with stand-up collar. At front there is small SickFace brand logo. On the back is large print of Asian mythological being Kirin with a horse body, several horns and a runic circle next to him.

Kirin, also known as Qilin, is a mythological creature of East Asian origin. It is also one of the most prominent beasts, as it symbolizes one of the main four elements, which is the earth. Kirin appears with change of era, symbolizes longevity and brings luck; therefore, it doesn’t hurt to have this magical half-horse half-dragon on your side! If you are looking for a wilder Asian mythology inspired design though, in the SickFace Men's T-shirts or Men's Jackets category dwells the ferocious demon Oni.

Illustration for the Kirin design was made by a talented Czech artist Tuğba, who was both a piercer and tattoo artist, but nowadays focuses exclusively on illustration and painting. Magical creatures, soft lines and psychedelic motifs are the staple in her work, so she was the perfect artist to commission to draw Kirin.

You can get the SickFace Kirin not only on a sleeveless top with printed back, you can also find the design in a Women's T-shirts category as a short-sleeve T-shirt and a large front print! 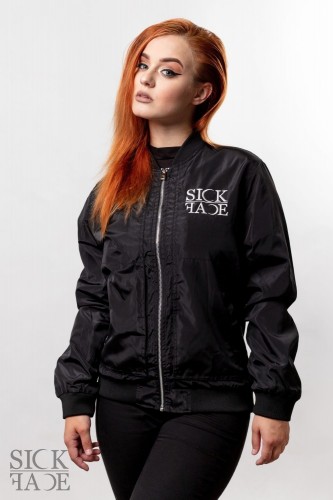 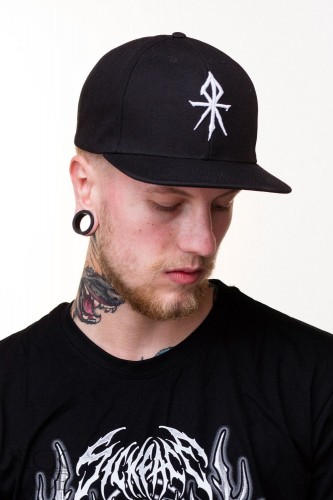 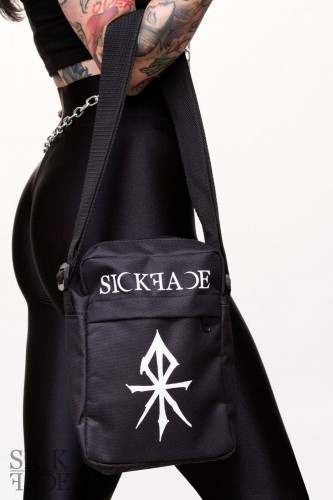 In stock, dispatched within 48 hrs
Accessories

RuneTaska
Kč599
Black unisex messenger bag with a Sickface brand logo and with large original SickFace rune. Bag is fastened with a zipper, and the shoulder strap has adjustable length. Rune messenger bag is 100% polyester.
Tap to zoom